The Border Collie is also known by the names: BC, Sheepdog.

The Border Collie is said to descend from reindeer herding dogs that were brought to Scotland by Viking invaders, which were later crossed with Valée Sheepdogs. The breed itself was developed in the Border counties of Scotland, England and Wales and by the turn of the Eighteenth century every region had it's own herding dog and each claimed to be the best. So in 1873, the first sheep dog trial was held in Bala, North Wales, by Lloyd Price. Here the Border Collie wowed crowds, with his uncanny ability to herd wild sheep, needless to say there was a rise in the popularity of this breed which, and still is in many peoples view, the ultimate sheep herder. It wasn't until the turn of the twentieth century that the Border Collie became popular in the show ring, in fact, the first breed standard made provisions only for its working ability.

The Border Collie is an extremely intelligent, speedy and dedicated worker. His intense gaze is key to how he gets his job done - practically silently. His gaze can also be a little unnerving to other animals, dogs or even humans, should he choose to turn it in their direction. He responds well to any signal, whether visual or audible and there's nothing quite like seeing a Border Collie at work under expert direction. While the Border Collie has recently become more popular in conformation shows, he is most likely seen flexing his pecs at herding trials, agility, fly ball or obedience. Being a versatile dog he does very well in any physically demanding sport, especially where speed is of the essence. As such, he is not a lap dog, but requires a very active owner for a very active lifestyle, or he'll become bored and destructive. With the right owner, the Border Collie is attentive, devoted and very eager to please. There is greater diversity in height, weight, coat, colour and temperament of the working Border Collie, which should ideally only go to a working home.

It should by now be fairly clear that in order to keep a Border Collie mentally and physically fit, he will require a lot of exercise - easily in excess of two hours per day. Otherwise he will almost certainly become destructive around the home, conjuring up his own games to play or jobs to do. As the Border Collie excels at dog sports, prospective owners should seriously consider either agility, fly ball or obedience - or anything that will serve as an outlet for him to burn off his energy, and he will surely have a lot of it.

It is important that the Border Collie is under control and responsive to verbal commands at all times, as he may have a tendency to nip through his herding instincts. Basic obedience is therefore the very minimum requirement. This is a very trainable breed, bred to work in partnership with the handler, quick to learn, willing to work, and eager to please. Their intelligence may lead them to find apparently easier ways to do things and this can be mistaken for stubbornness, but it is usually just the dog using his brain and performing a task in the manner which seems most logical to him. Harsh training methods will be totally unproductive with the Border Collie, who will gladly respond to kind handling and positive reinforcement.

Some photographs of the Border Collie... 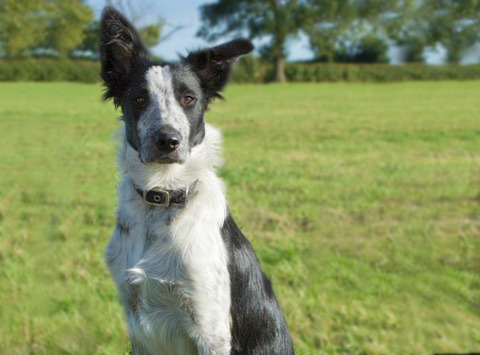 Tommee is a rescue Border Collie from Eire from the AINMHITHE animal rescue. He came over from Eire back in April & travelled overnight. He was orginally a foster, but I failed, falling in love with his character & adopted him a week later. He is an extremely outgoing boy & lives life to the full. 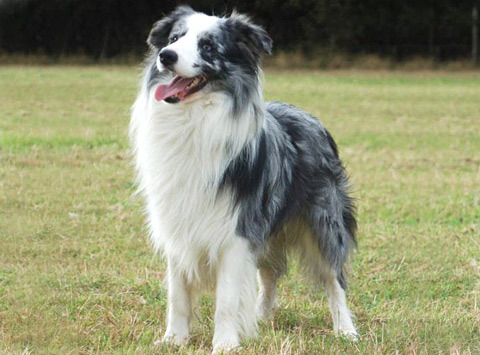 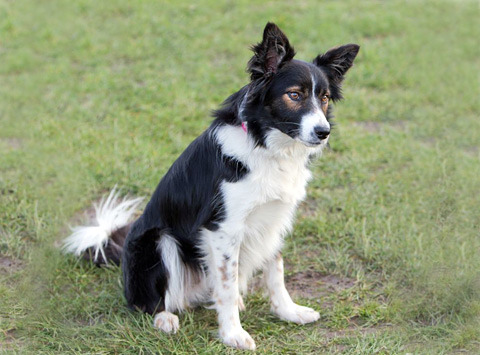 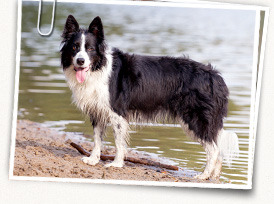 A variety of colours are permissible, but white should never predominate.

If you have any suggestions or if you think you’ve spotted an error, please let us know in our Border Collie forum.